It’s without a doubt the hottest mobile from Sony Ericsson this year. The Xperia X1 smartphone has almost everything you’d need, and is supposed to be a strong statement that the developer is a force to be reckoned with in the coming years. But while the potential is certainly there, there are glaring misses in the execution.

Xperia X1 contains many features previously unseen in Sony Ericsson mobiles. Their earlier products in the smartphone segment have featured limited new ideas and have been tainted by the slow, somewhat illogical UIQ interface. In contrast, the X1 contains everything but the kitchen sink and uses Windows Mobile 6.1. This gives it a lot of advantages compared to its predecessors, but also highlights some less impressive aspects. It also lacks a bit of the Sony Ericsson “feel” in several ways. 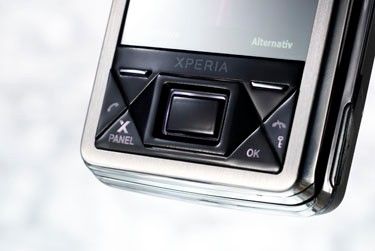 Steely
The outside of the Xperia X1 features an eye-catcher we have requested for a long time from Sony Ericsson with regards to its Walkman music phones; a 3,5 millimeter plug for earphones. This is a first for Sony Ericsson and, as far as we’ve seen before, unique for any Windows Mobile-bassed phone. Kudos. Most of the phone is solidly built with a metal shell, but the front buttons is made of almost ridiculously unstable plastic, which taints our first impressions.

A fun feature is the navigation cross, with a central buton that doubles as a touchpad. It’s not entirely to our liking since a mouse pointer is nowhere to be found on-screen, a feature better implemented in, for instance, the Samsung I780 earlier this year. Now you use it for scrolling instead, but we find old-school clicking more effective. We find another use for that same navigation cross when the keyboard is extended, since there are no directional arrows in the keyboard. After using the perfect five-row keyboard on the X1:s “cousin”, the HTC Touch Pro, it also bothers us a bit that you have to use the function keys to access numbers.

Apart from that the keyboard is good, with slightly raised separate keys sitting a millimeter apart. It’s rather comfortable to write on, but, again, not as comfortable as the HTC Touch Pro’s equivalent. 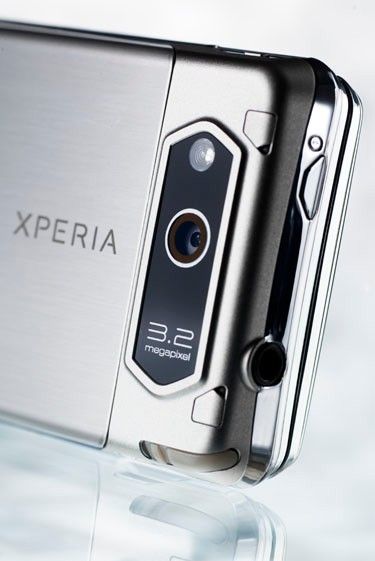 There’s a good reason that we keep mentioning the HTC Touch Pro, as both phones are more or less identical hardware-wise. The Xperia is being manufactured by HTC, though Sony Ericsson have gone to lengths to communicate that they have developed the phone without HTC:s input. Even so, it makes sense to compare the two, as both phones are based on Windows Mobile and also are in the same price range – at least on the Swedish market.
The X1 has a little more RAM and the display is 800x480 as opposed to the straight-laced VGA resolution in the Touch Pro. This gives the screen, and consequently the entire X1, a slightly longer and more narrow shell, which also explain the lack of dedicated number keys on the keyboard.

The Windows mobile base in the X1 has, like all Windows Mobile-based touchscreen phones, been supplemented with a homegrown graphical interface called the X-Panel, since the system itself is the textbook definition of the word “clutter”. The X-Panel consists of a number of different start screens shown either as a grid or as a fan. The only screen you cannot replace with any of the built-in (or downloadable) alternate designs is the main “Today” screen that acts as Windows Mobile’s foundation. Applications include a media file drawer we’ve seen in other Sony Ericsson models, a calendar screen, radio, Google search and so on.

The best screen we’ve seen during the test is available for free download and is an adaptation of the SPB Mobile Shell; it simply shows everything the regular Windows interface does, but beefs up the size to facilitate use of your index finger instead of the stylus. 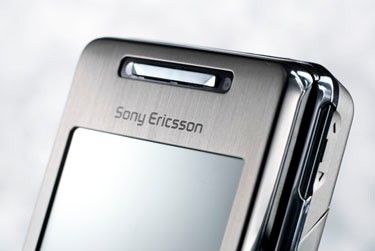 The idea behind the X-Panel is solid, the execution less so. Much of the information is shown in duplicate (in some cases triplicate) on the screens which feels a bit unnecessary, but ourt main concern is the speed. It takes a few seconds just to open the X-Panel, another few seconds to open the media library. Most of the other screens pop up quickly in low-resolution mode but then are locked from use for yet another few seconds before the high-res version kicks in. Another minus is the frequent appearance of graphical glitches, where elements from one panel get stuck on-screen after you’ve moved on. We’re pretty certain that the bugs can be fixed with a firmware update but a phone should simply not contain so much lag in our opinion. As a comparison the HTC Touch Flo 3d interface works very fast and seamlessly – at least on the Touch Pro.

Another thing that bothers us is the lack of features we’ve come to associate with Sony Ericsson; things that have been instrumental in making their own phones better. The music player is somewhat recognizables from their Walkman phone product line, as long as it can handle the music format. Otherwise you are redirected to a somewhat messy mobile version of the Windows Media Player. Entertaining add-ons like remote media handling via Bluetooth or the Track ID song-recognition feature are also lacking, and will probably remain so. Not even the music store Play Now Arena is adapted to the X1 in spite of the massive plugging Sony Ericsson has done in other channels. 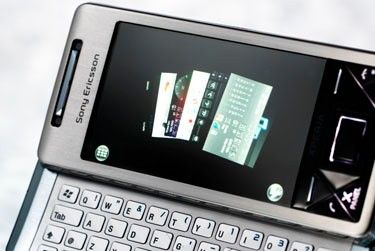 The same goes for the camera. Sony Ericsson’s Cybershot line has traditionally been at the forefront among camera phones, but the 3,2 megapixel camera and software in the X1 are of standard Windows Mobile quality, which translates to “pretty crummy”.

On a more positive note we’d like to mention the range of applications in the X1; always the big strength of Windows Mobile. Apart from MSN Messenger and the Office package, among many other things, Opera has replaced Internet Explorer as the standard web browser, which is an improvement (however, IE is still implemented for those who’d prefer it), and Google Maps is also installed. While we prefer Google Maps for handling of maps in general, we would have liked to see the navigation, and especially the exercise mode, from Wayfinder that has been a previous Sony Ericsson feature, to have been included here as well. 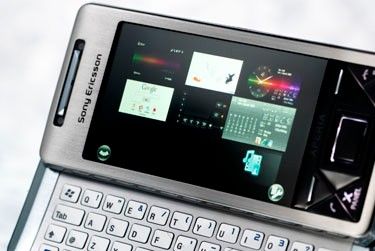 On the whole, the Xperia X1 is an impressive phone, and together with the HTC Touch Pro it’s probably the best Windows Mobile-based smartphone so far. The cons here are its annoying slowness and the fact that Sony Ericsson in some cases have taken the easy route with the existing Windows features instead of implementing their own, superior ones for the platform. Much of this criticism can be fixed, it’s mainly about killing bugs and speeding up the software, but our long-term requests would be that the next Xperia phone takes better care of Sony Ericsson’s strong heritage. Especially so, since it seems that we’ll have to wait some more for the release of the next-generation Windows Mobile.

=
A great phone that loses some of its potential by leaning a bit too heavily on Windows Mobile and by its slow (though pretty) interface.

This article is also available in Swedish